For their performative installation “Book of Jonah”, the artist couple Klara Schillger and Valerian Maly appropriated the corresponding Biblical text in interlinear translation (Hebrew, German). In a two - week long action, the performers drew the word for word transcription of the original Hebrew text with charcoal crayons on the walls of the project space “Marks Blond” in Bern. The charcoal crayons used in the process were themselves produced in a performative process according to a formula by Cennino Cennini (c. 1370 – c. 1440, Florence) from the “Libro dell ’arte o trattato della pittura” (“Book of Art or Treatise on Painting”/known as “The Craftsman’s Handbook”).
The two performers made use of their meditative work in the project space on Spichergasse in Bern for a wide - ranging reflection on the process of writing and the act of putting something into writing, on the corpus of text and the corporeality of letters. On separate occasions, the Jonah text of the interlinear translation was read before the public in German, Hebrew and also Arabic (Koran : Sura 37, “As - Saaffat”). Sibylle Omlin
Accompanying the performative installation is “Da Colle Valdelsa” (2010), a pigment/color print on Moab Entrada, 42,5 × 57 cm, signed and dated on the reverse; Edition of 7 copies. 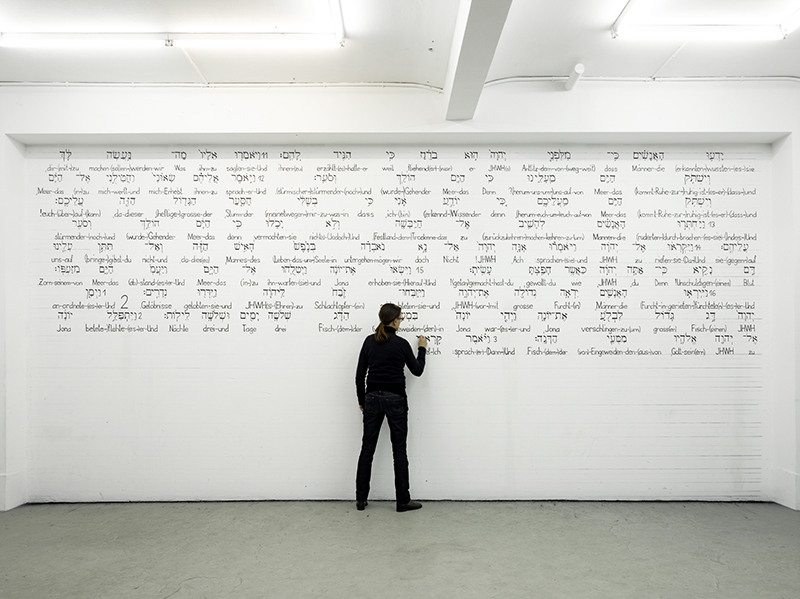 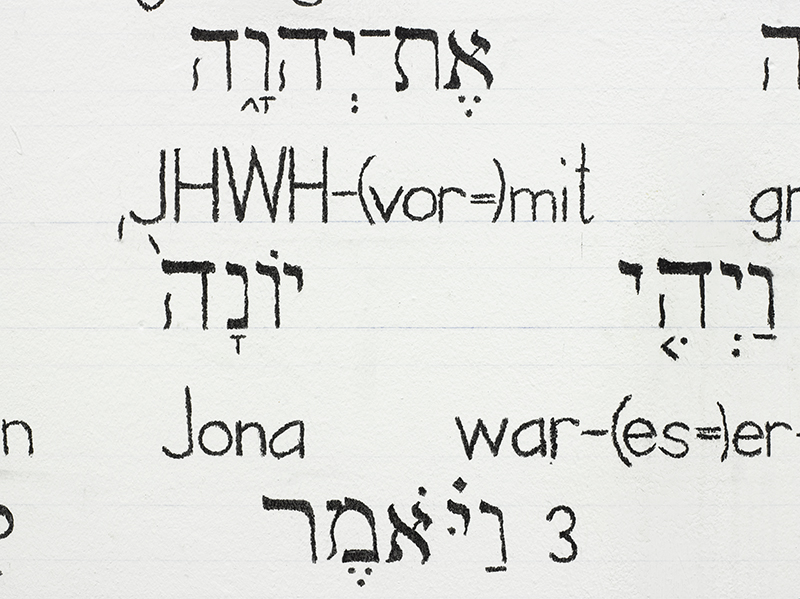 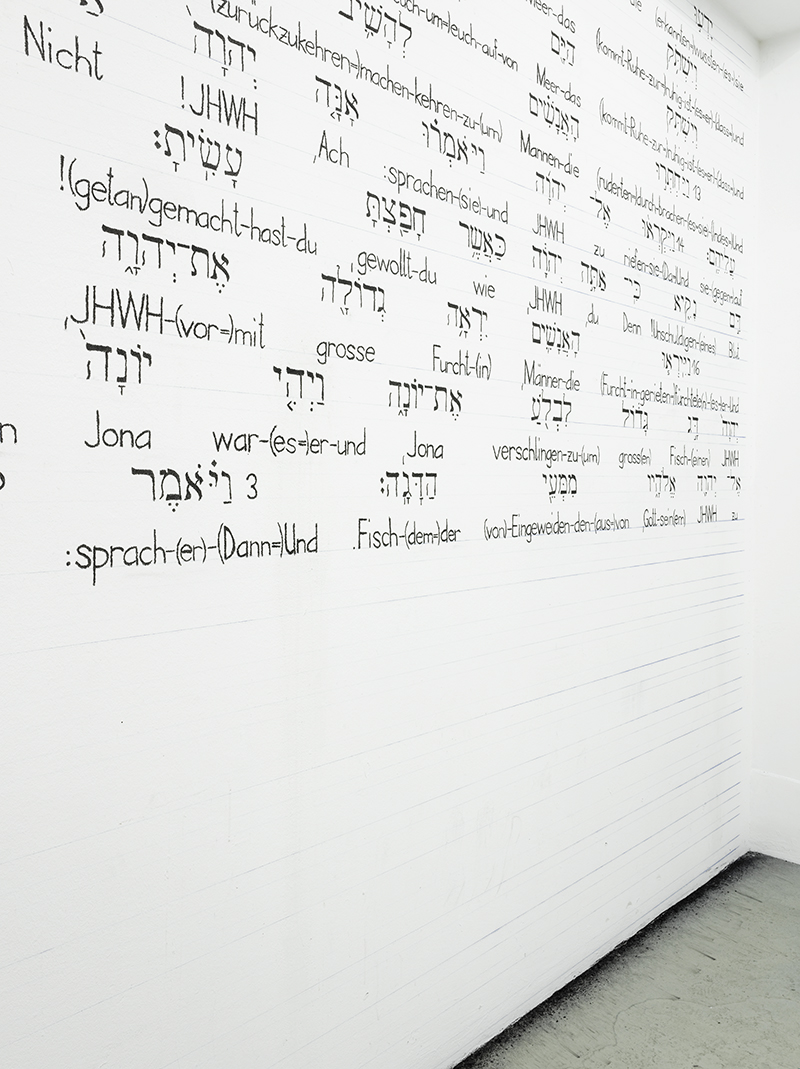 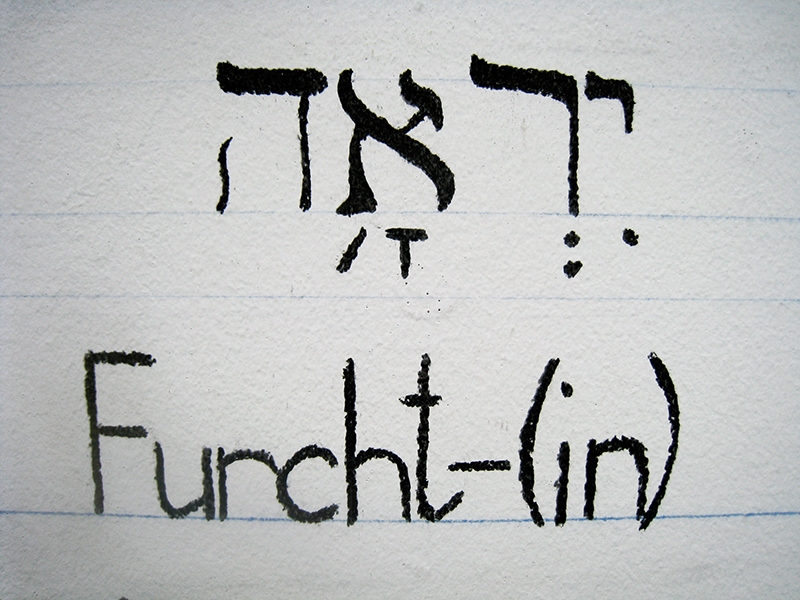 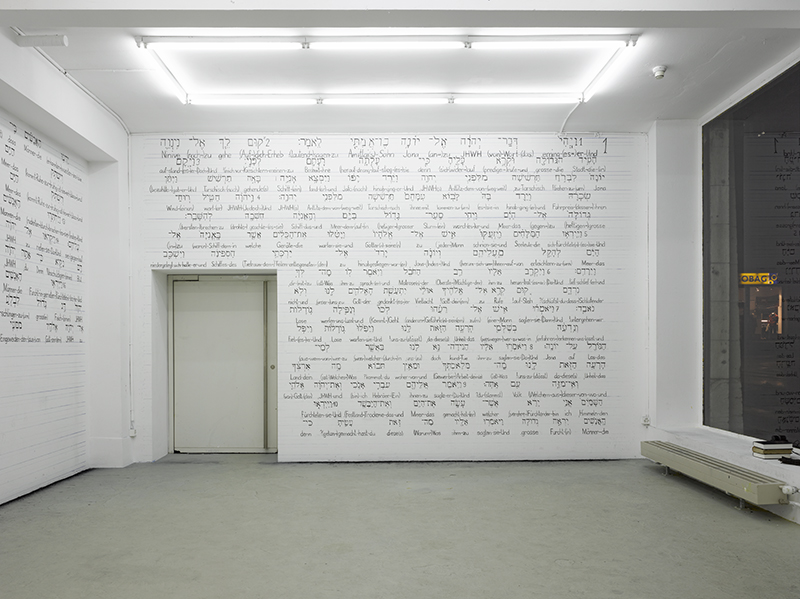