Act I
As recipients of the Prize of the Art Commission of the city of Bern, we used the award cere-mony itself as an opportunity to turn a long - cherished idea into reality: the mise - en - scène of the painting “Dianes Chasseresses” (“Dianas Huntress es”) by Susanne Schwob as a tableau vivant, cast with protagonists of the Bern art scene and friends.
This painting is an assemblage of motives from Peter Paul Rubens’ work and depicts Diana, goddess of the hunt (in triplicate), resting after a hunt and surrounded by fauns. On the right is Aktaion who was transformed into a deer and slain by Diana. This painting belongs to the inventory of the apartment of the Foundation Susanne Schwob where we live and work. A requirement of the foundation, however, is to leave this painting on the wall, in other words, to live with it. We literally live with this painting and, hence, on March 8, we staged it as a tableau vivant. The cast remained secret up until the award ceremony; even the protagonists had no idea of their good fortune. The “actors” were “plucked” from the audience, which caused a bit of a stir and some amusement. Improvised “faunic” music accompanied the action, performed on clarinets and recorders.
The award ceremony as staged photograph – as theater within theater.
Set Design: Diana Dodson
Diana I: Norbert Klassen
Diana II: Barbara Meier-Cesta
Diana III: Manuela Trapp
Faun I: Rudolf Steiner
Faun II: Ralf Samens
Cupid: Johannes Gfeller
Aktaion: Stefan Pallmer
Pheasant: Beate Engel
Rabbit I: Eva Winkler
Rabbit II: Sara Smidt
Snipe: Rolf Winnewisser
Squirrel: Claudia Jolles
Gray heron: Gisela Hochuli
Badger: Simon Rambert
Peacock  Daniel Suter
Woodcock/wood grouse : Vincent Chablais
Roe Deer I: Klara Schilliger
Roe Deer II: Valerian Maly
Music: Donna and Ernesto Molinari (clarinets) and Teresa Hackel and Claudia Heinisch (recorders) Photograph of the tableau vivant: Adrian Scheidegger 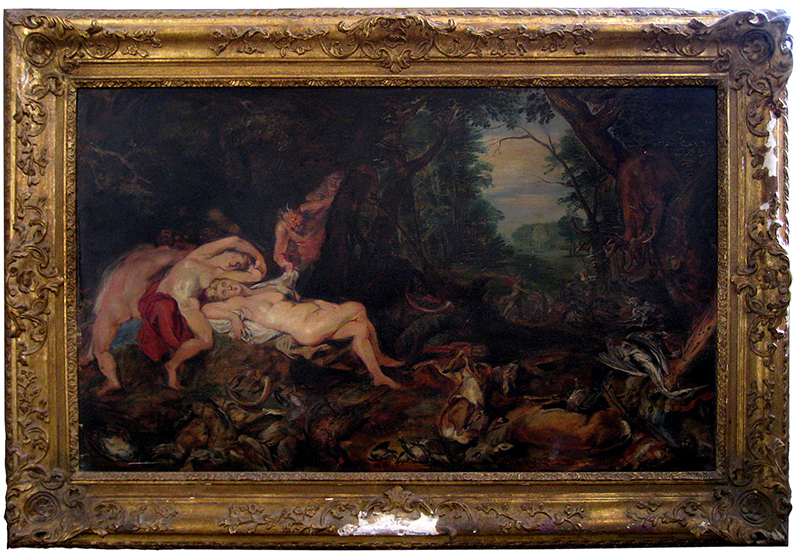 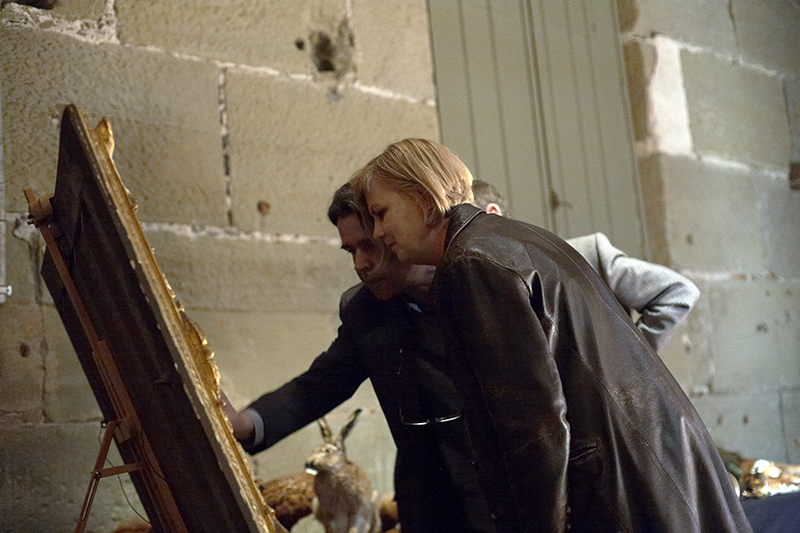 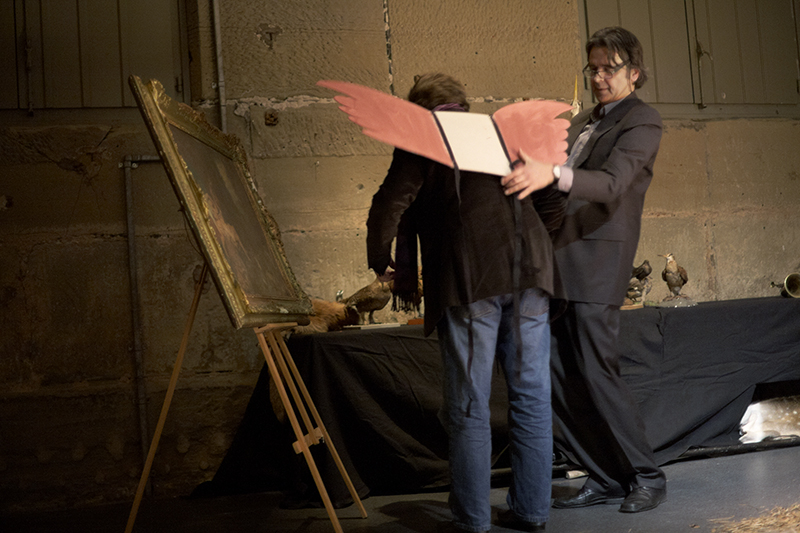 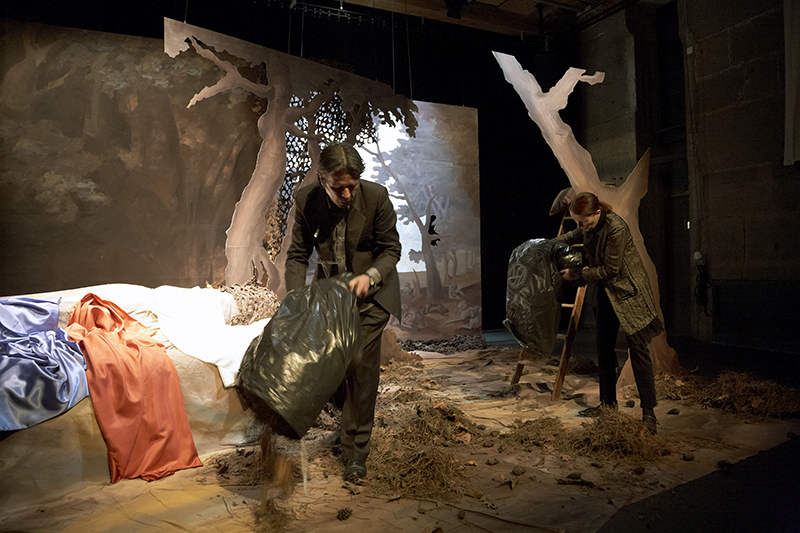 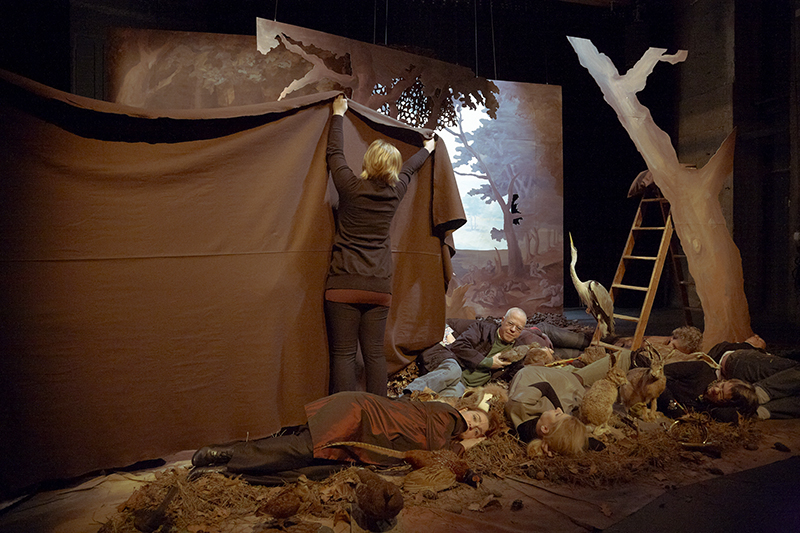 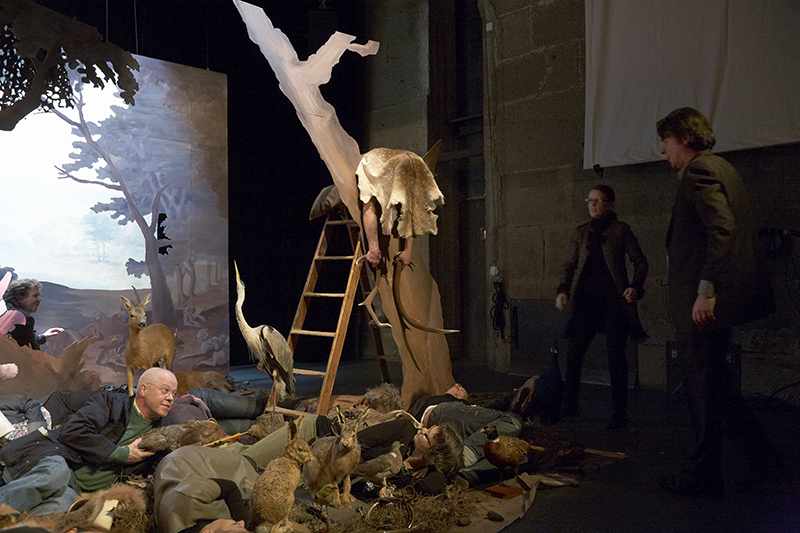 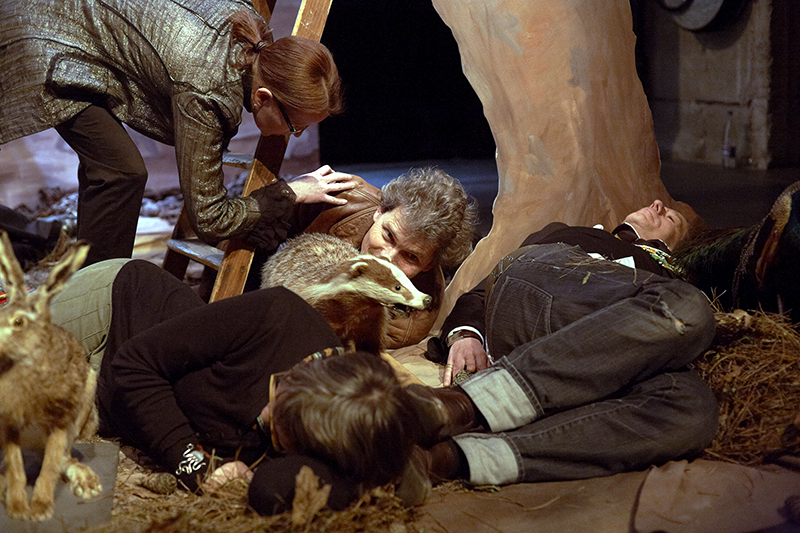 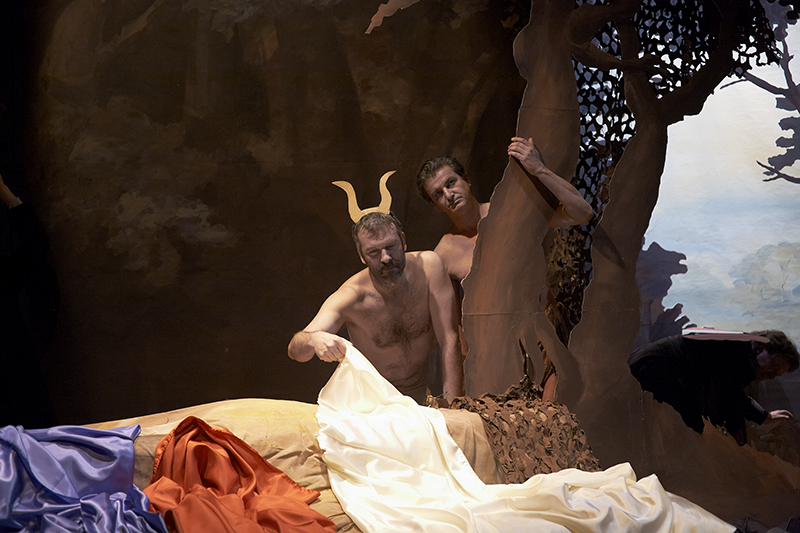 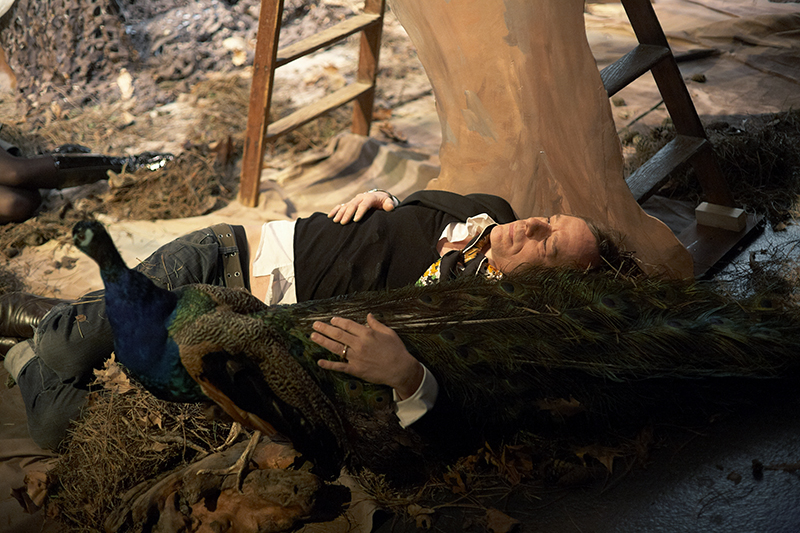 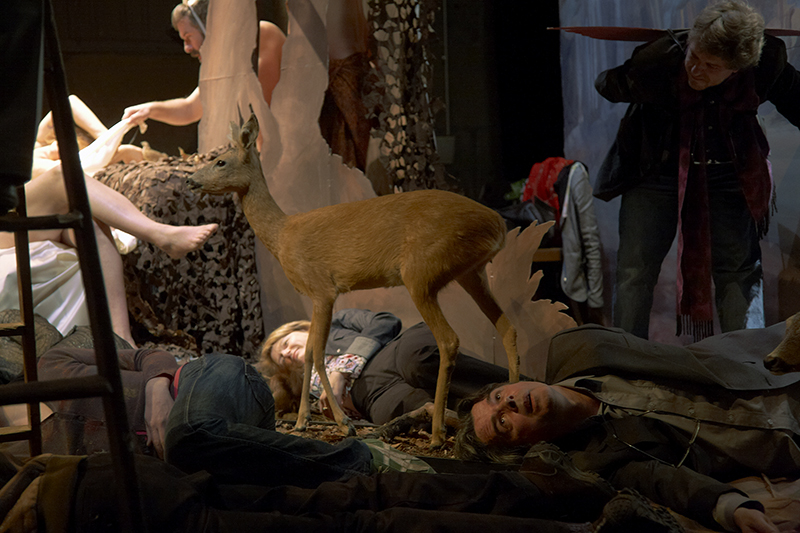 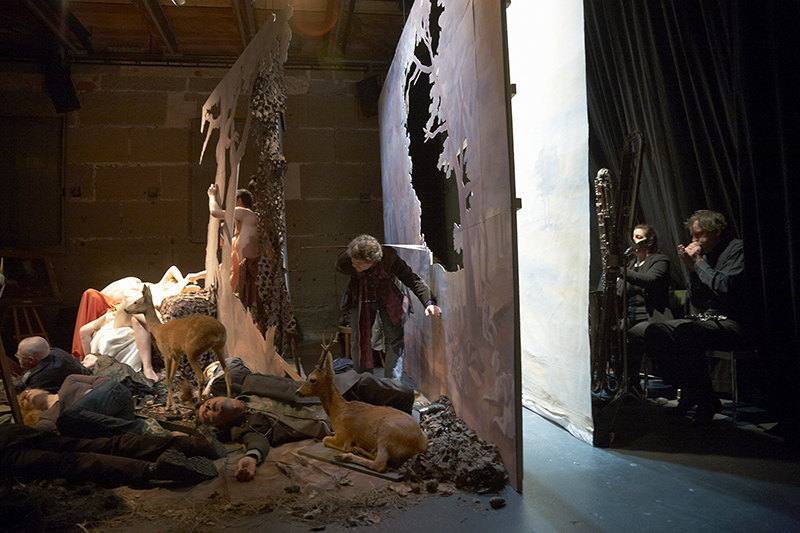 Act II
After the dinner that followed in the Villa Schwob, the photograph of the tableau vivant was ceremoniously hung next to the original. 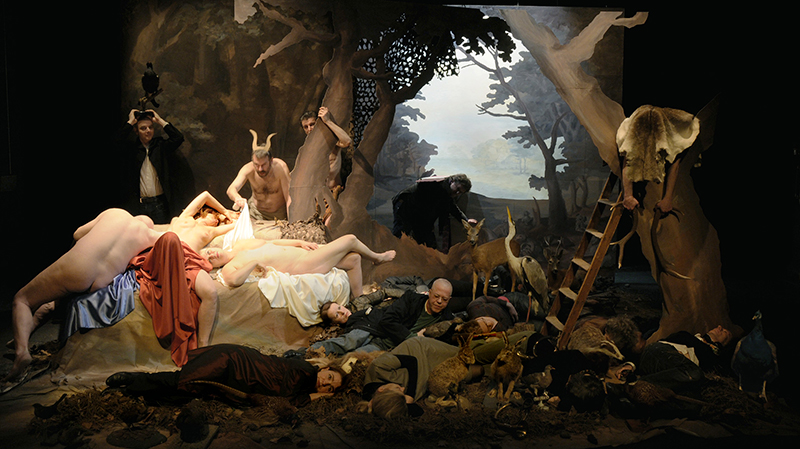