For the exhibition “I NEED YOU” at the Centre Pasqu Art, the two performers realized a long - cherished wish : they appeared, so to speak, as DJs, albeit, for a silent discoteque, because the music can only be experienced over headphones. Portable CD players are gradually distributed among audience members containing songs of different styles and epochs that pick up on the title of the exhibition. Each observer is invited to become an active listener and thus becomes part of the action: Those already in possession of one of the CD players will listen to the song contained on it, will hum, whistle or sing and possibly dance to it – forgetting themselves. The “outside” observer will view a dancing throng out of synch: Each dances according to his own style, but also exactly according to his own rhythm and tries to warble along with the songs - as well as he can. 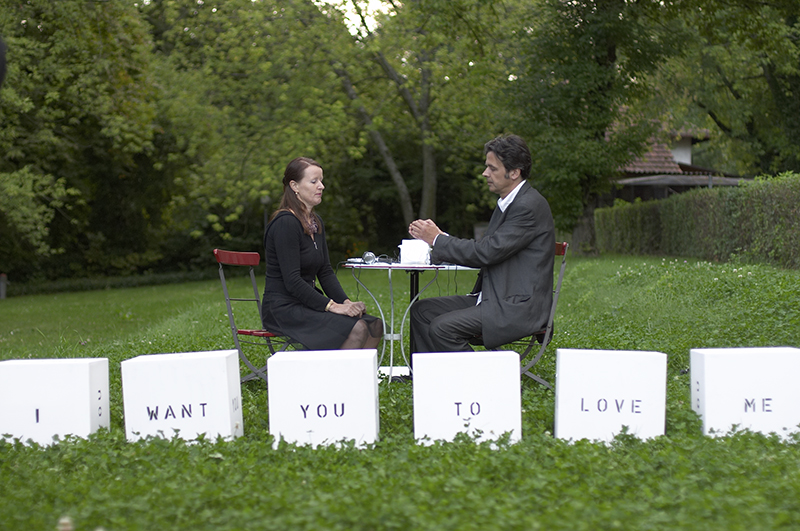 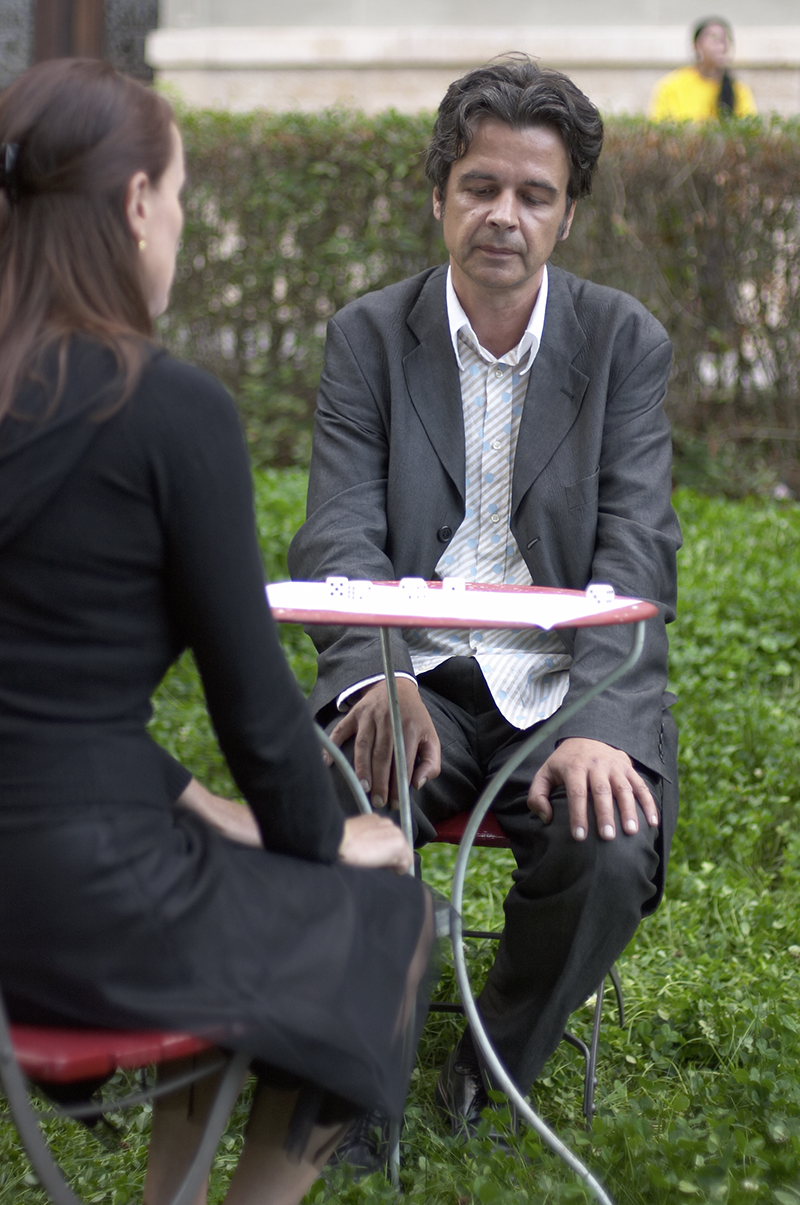 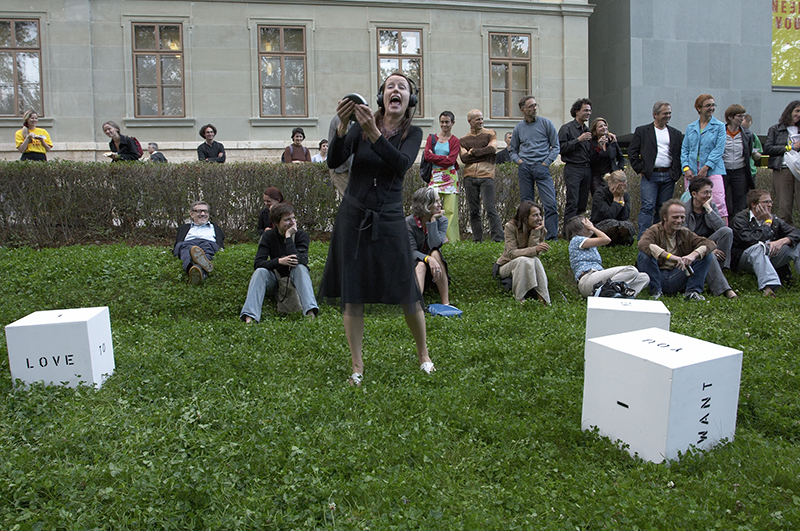 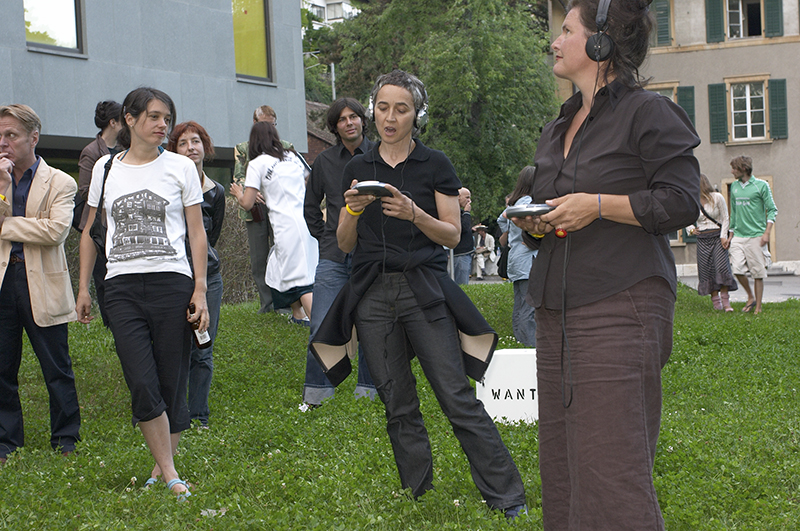 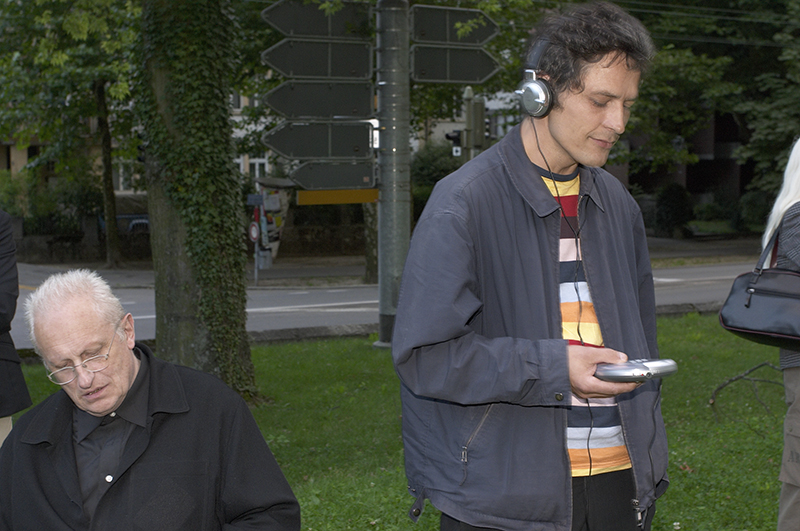 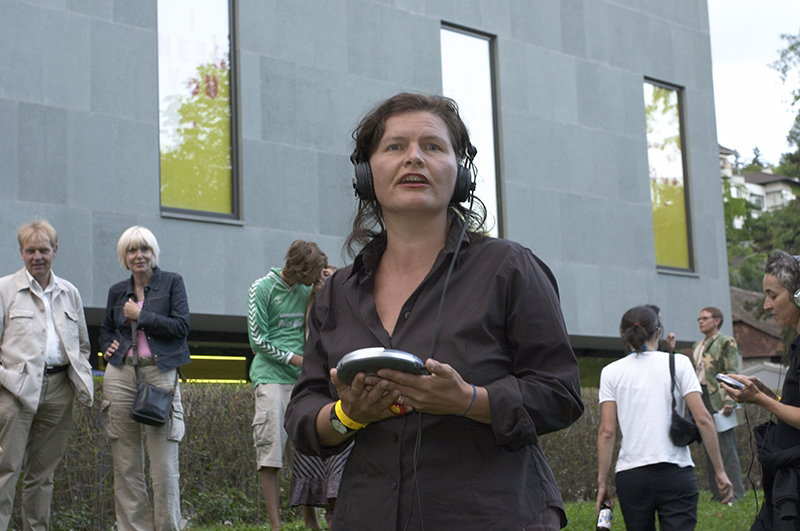 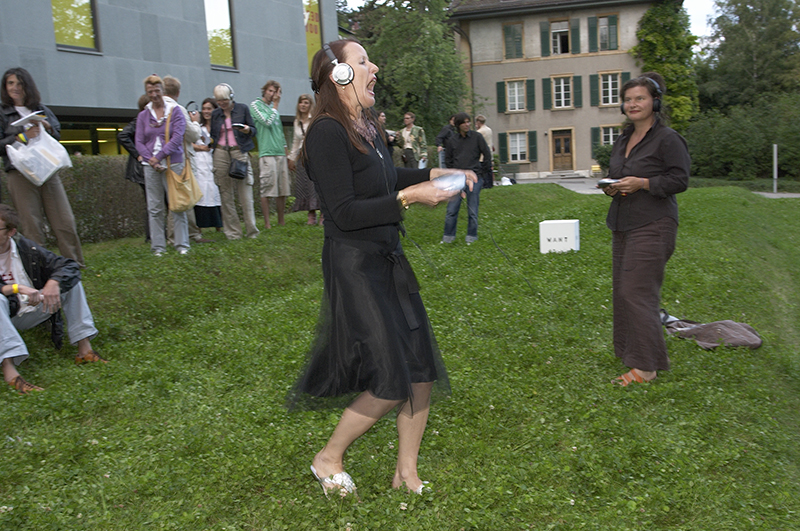 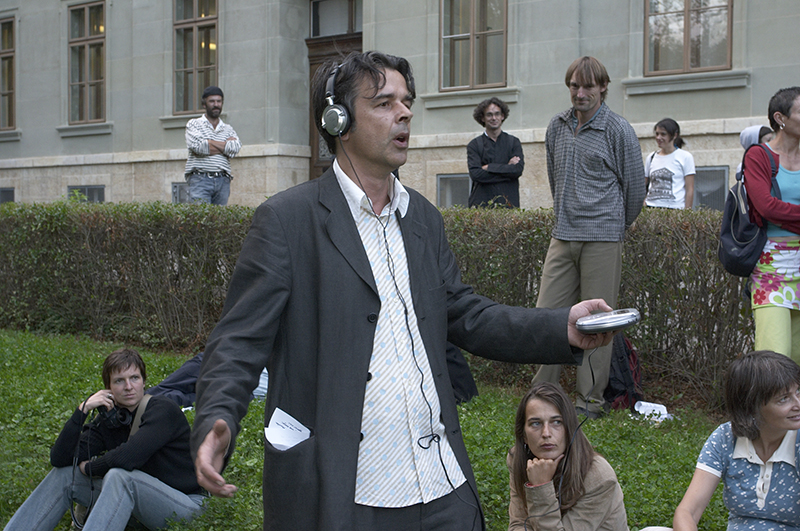