1 hour and 48 minutes. That’ s how long the first manned orbit of the earth lasted in 1961, piloted by cosmonaut Yuri Alekseyevich Gagarin, whose orginal space suit is exhibited alongside the suits of other famous space travelers in the Verkehrshaus Lucerne. 1 hour and 48 minutes is also how long our performance lasted, during which we set off on a real - virtual trip in space suits specially designed for the performance. Based on photographs of galactic constellations that we discovered in the department of space travel, we had 6,480 small bells sewn onto our suits (analogous to the seconds of duration of the orbit); a protective suit of bells, similar to a coat of armor. With Gagarin in our midst, we circumnavigated the earth in the display case that served as our capsule. Equipped with headsets, in a kind of automatic speech - song, we called out things and actions that served as a description of earth from an imagined distance of 237 kilometers. 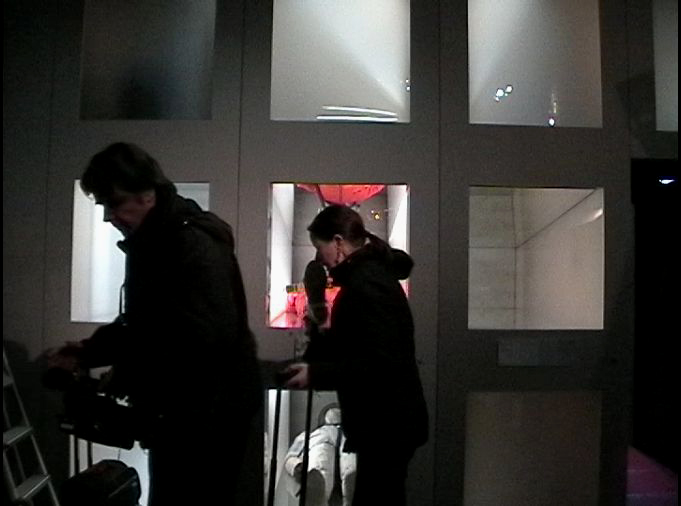 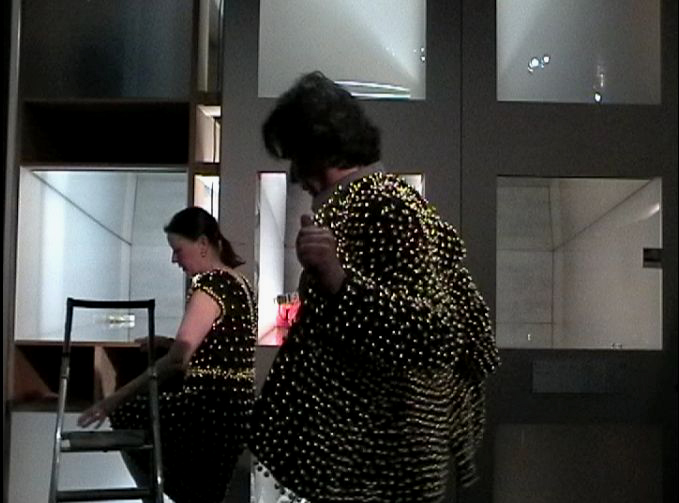 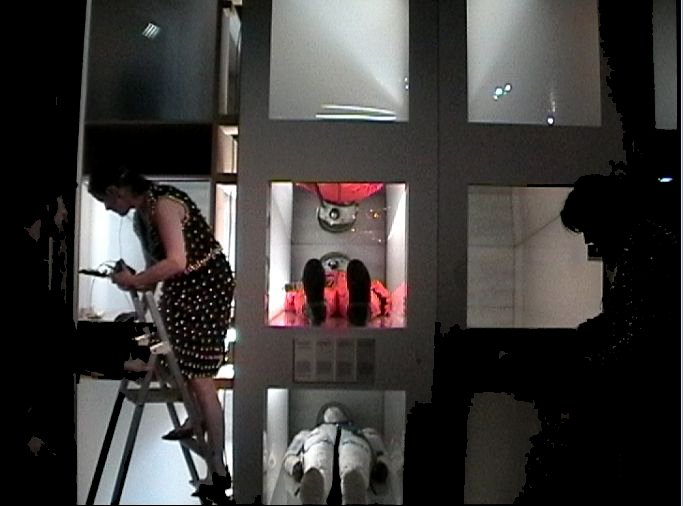 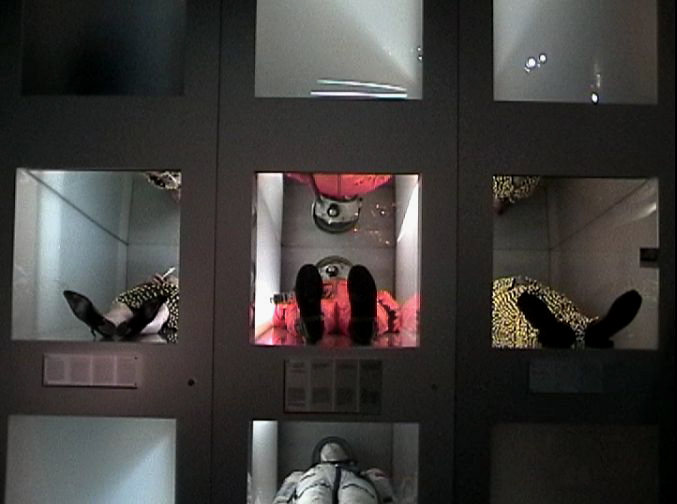 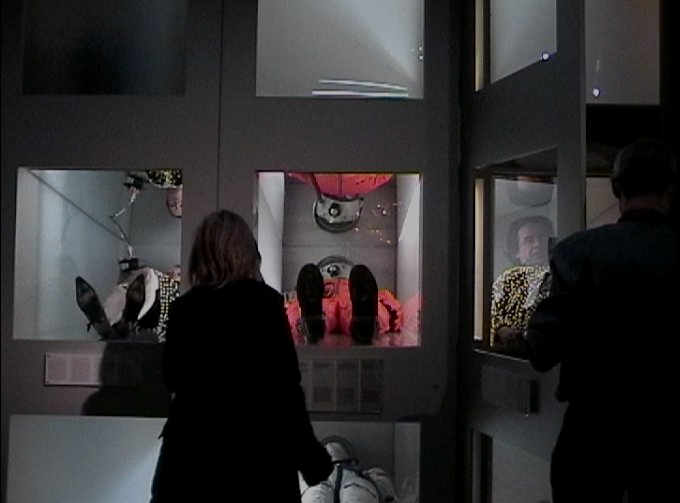