Pure silk is the material from which this InstallAction is woven. Swathed in panels of silk fabric, the performers wander blindfolded between the dancers of a baroque ensemble who, dressed in period costumes, perform historic choreographies in the space. Only the rustling of the silk and the sequence of the footsteps accompany an inaudible, imagined baroque music. The precisely measured paths and movements of the dancers contrast with the slow movements of the two performers who stroke and squeeze the shimmering fabric and, listening, test its authenticity. For the quality of the silk is recognized by its sound. The typical rustling sound of the fabric, reminiscent of the sound of stepping onto freshly fallen snow – the “silk scroop” – was once regarded as the identifying mark of ladies of the upper class.
But the two performers do not only appear as “silk scroopers”, they also function as mediums: Speaking through them is Nicola Sabatini, who, in 1603, published the first handbook on stage technique, Practica di fabricar scene e machine ne’ teatri, an introduction to stage design and the construction of machines for the theater. 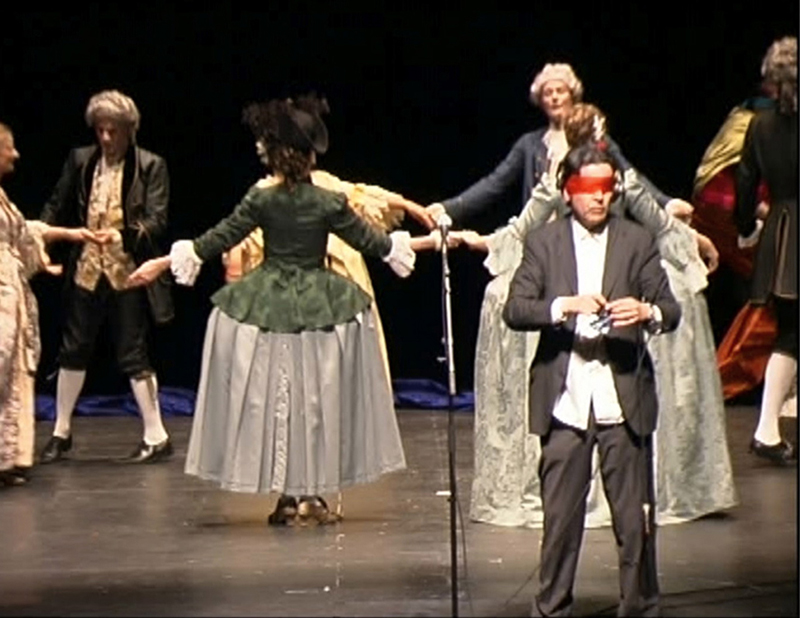 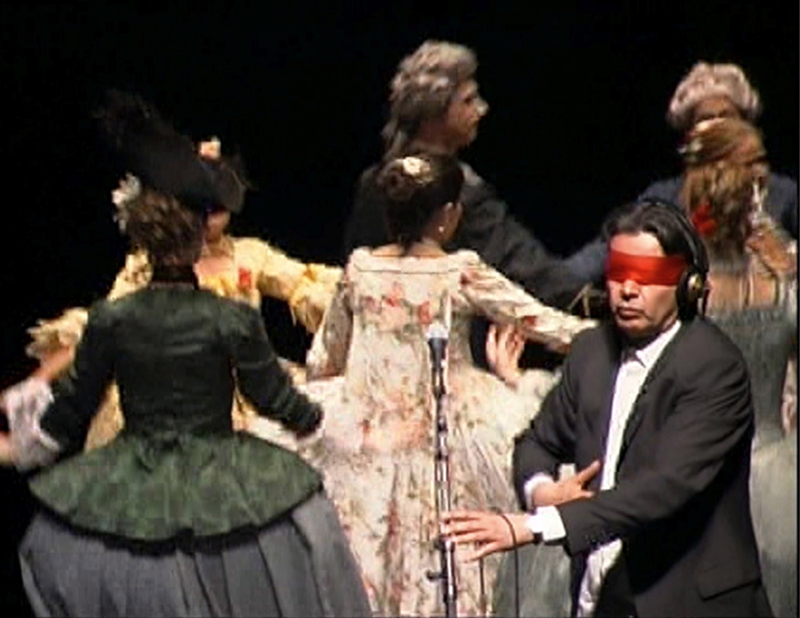 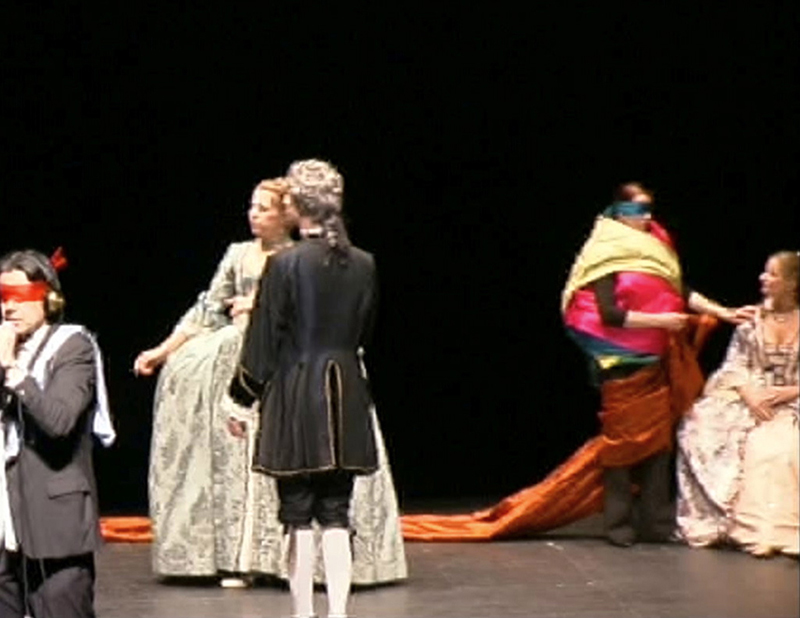 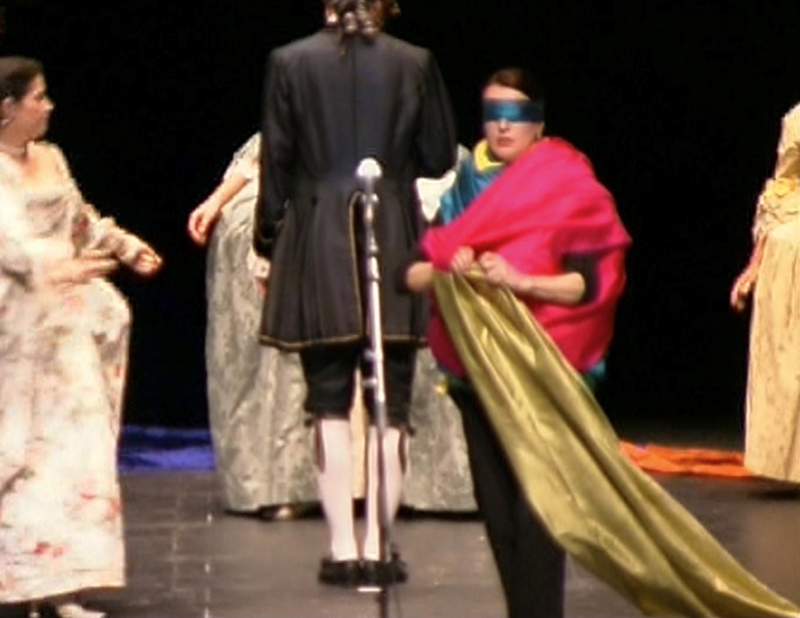 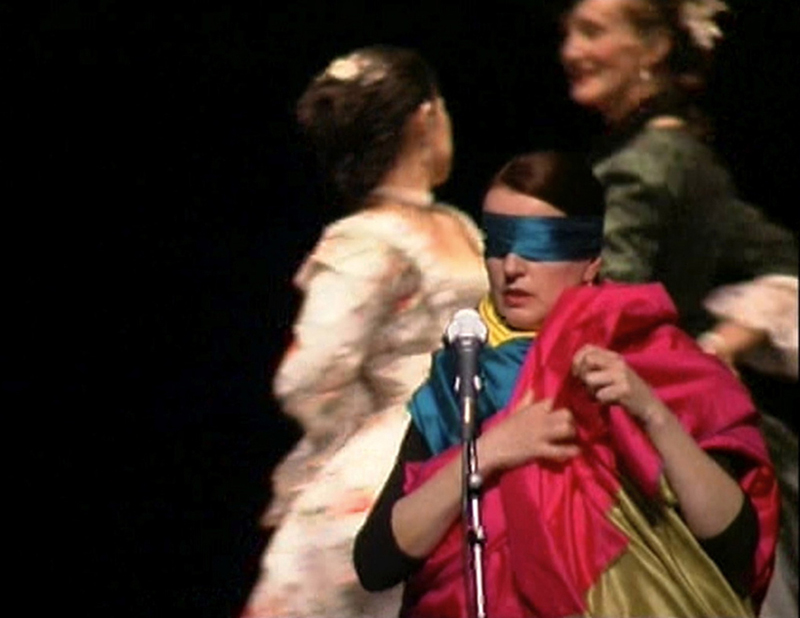 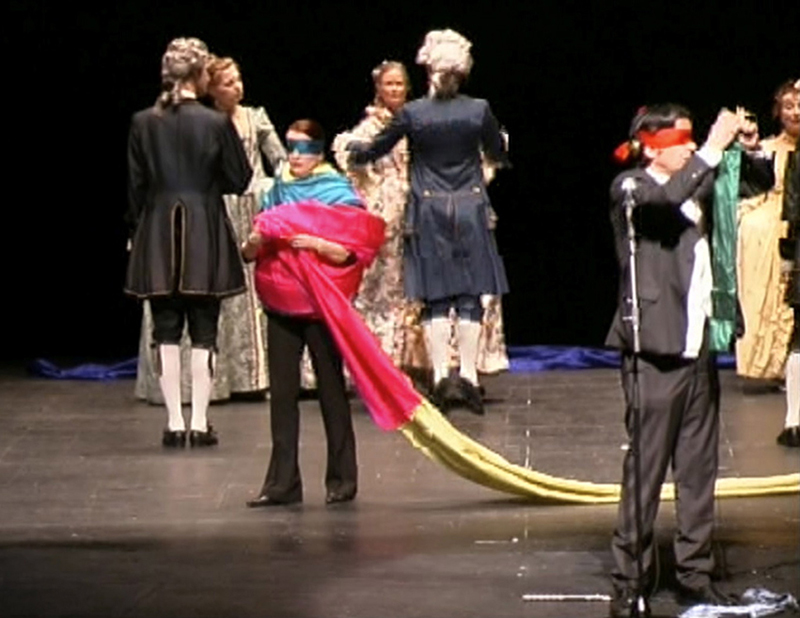 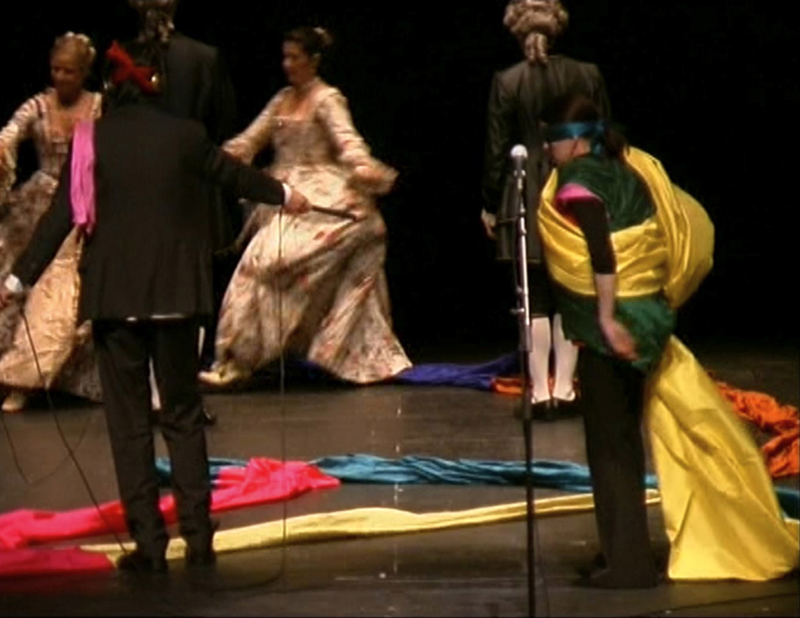 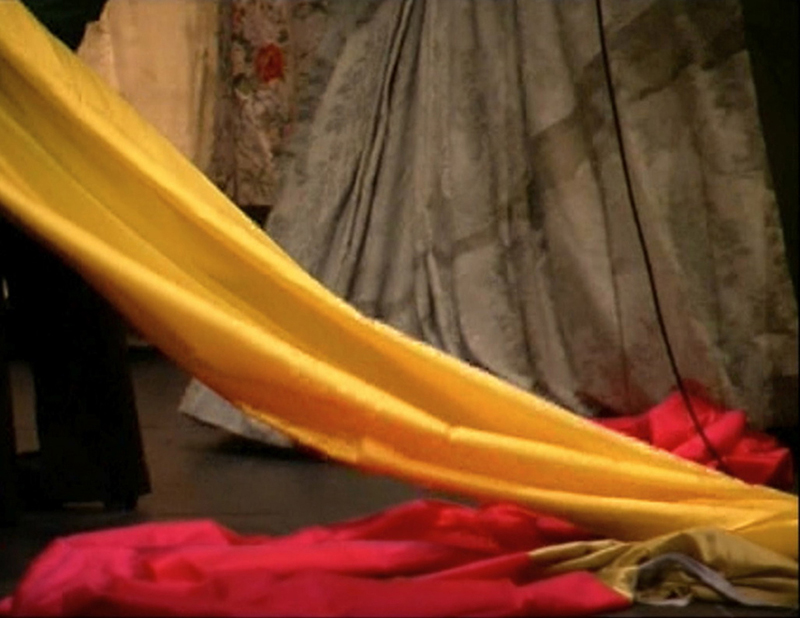 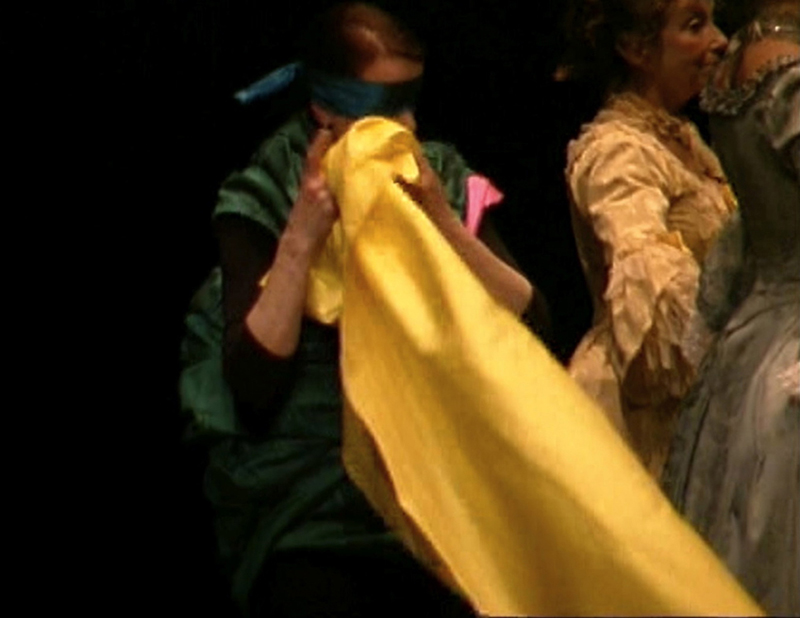 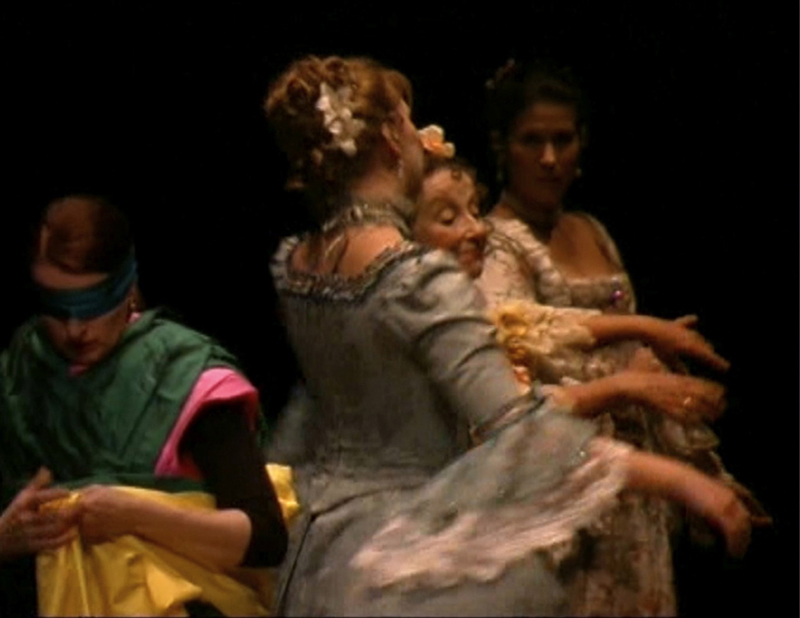 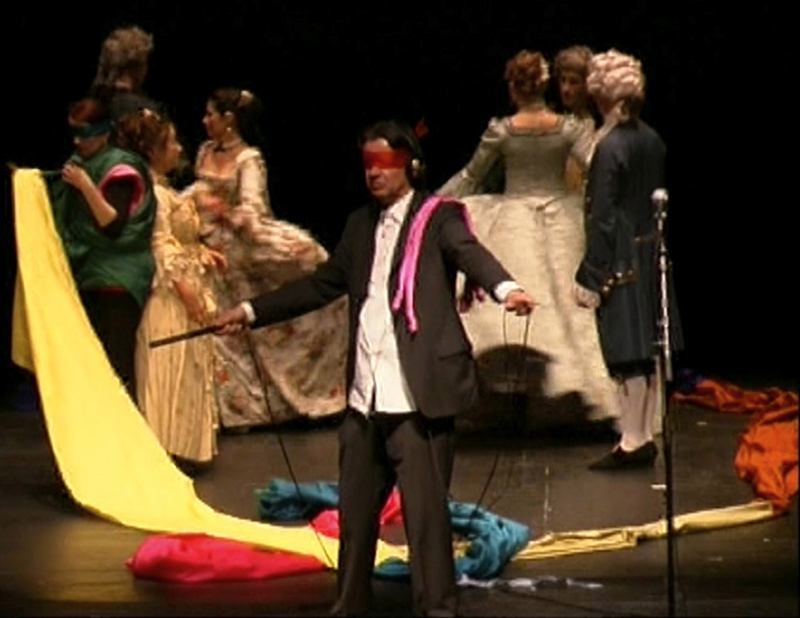